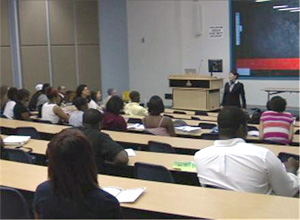 The school partnered with the Humpty Dumpty Institute to bring this concept together. The institute helped lure speakers to the university from across the country.

During the summit, visitors had the chance to pick and choose which sessions they would attend. Topics ranged from the global role of the United Nations Environmental Programme (UNEP) to the 2010 Farm Bill. 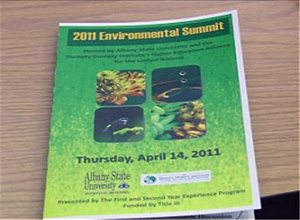 "What I came here to talk about was America's farm subsidy system and the foreign policy that leads to it and how broken it is," said Environmental Working Group speaker Nils Bruzelius.

"We encourage students to become aware of these political things and aware of things which are happening in the nation," said Dr. Malik.

He's hoping to have another summit next year.

Read this article at www.mysouthwestga.com