Why Chicken Soup for the Soul is Proud to Support Humpty Dumpty? 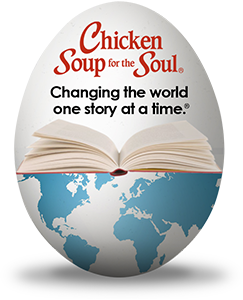 We all know that there are many wonderful organizations that work to solve the world's problems. For years Chicken Soup for the Soul has been supporting a variety of these organizations through its' books and by sharing profits with them, and continue to do so.

But the Humpty Dumpty Institute has a special place in the Chicken Soup the Soul world.

What makes Humpty Dumpty special to Chicken Soup for the Soul?

Second, the leadership of Chicken Soup for the Soul know Humpty Dumpty well. The CEO was one of three co-founders of Humpty Dumpty fifteen years ago and is its Chairman today. Humpty Dumpty also has a long track record of success.

Third, Humpty Dumpty has the ability to do more with less. The organization continuously accomplishes big things efficiently and effectively with a small staff and budget. Here is a brief list of some of Humpty Dumpty's accomplishments:

Humpty Dumpty has done all of this and more with a staff of less than 10 people in its headquarters.

Finally, after years of changing lives one story at a time, Chicken Soup for the Soul believes in the positive power of storytelling. Through the Global Creative Forum, International Film Exchange and International Music Exchange, Humpty Dumpty connects the creative community and the entertainment industry with the UN and others to encourage them to tell stories that amplify important messages and focus on critical issues. Humpty Dumpty also trains promising filmmakers from developing nations on filmmaking and storytelling, all of which is designed to help them share stories that promote the values that we all believe in such as fundamental human rights, the promotion of literacy and health, and the advancement of all people.

Humpty Dumpty is an amazing organization that is small but mighty, successfully tackling important problems.

Are we, like John Lennon, just imagining a better world that will never be? We are not sure we know, but we do know that there is no hope for this better world unless we all work on problems together. As a result, we are excited to work with together to make the world a better place for all.

Also see: Feed a Pet in Need | Breakfast at School