About Us | What's In a Name? Why Humpty Dumpty? | Where We Work | Who We Work With | Why We Do the Projects We Do
Board of Directors | Congressional Advisory Board | Celebrity Spokspersons | Staff | Employment | Internships | Financials
Chicken Soup for the Soul | Feed an Animal in Need | Perfect World 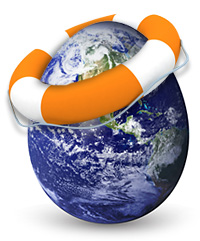 Humpty Dumpty’s partners include the U.S. Congress, the United Nations, the U.S. State Department, the U.S. Department of Agriculture, various countries, the Thurgood Marshall College Fund, celebrities, other leaders, and a host of other NGOs.

Based on a philosophy of providing long-term sustainable and holistic solutions, Humpty Dumpty’s programs focus on overcoming humanitarian and development challenges. Humpty Dumpty’s past programs have removed landmines and unexploded bombs, provided food to the hungry, delivered healthcare efficiently to the sick and impoverished, provided literacy and education for women and girls, improved animal conservation efforts and expanded public and cultural diplomacy.

Many of these programs have taken on a life of their own and become institutions in their own right, such as the Congressional Advisory Board which has now resulted in over 500 visits to the United Nations by sitting members of the Congress and Senate, and the Higher Education Alliance which, in partnership with the Thurgood Marshall Fund, provides over 300,000 students from Historically Black Colleges and Universities (HBCUs) with education on international affairs that they would have not otherwise received.

Merging and building upon the talents, skills and outreach of its many partners, Humpty Dumpty strives to "put the pieces back together" and provides resources, messaging, and outreach to improve the effectiveness of other international organizations. These resources include Humpty Dumpty’s Global Creative Forum projects such as Music Matters and The International Film Exchange, as well as cause related books with key sponsor Chicken Soup for the Soul and the Global Creative Forum itself. All of these programs engage the creative community in positive ways to promote peace and prosperity by communicating important messages through the compounding effect of entertainment. The Global Creative Forum which was attended by United Nations Secretary General Ban Ki-Moon, President Bill Clinton, Nobel Laureates Wangari Maathai and Dr. Rajendra Pachaurias well as key decision makers in Hollywood and artists including Demi Moore, Charlize Theron, Sam Jackson, and Michael and Kirk Douglas among others, resulted in the creation of the Creative Community Outreach Initiative at the UN, the Burkle Global Impact Initiative at UCLA and in television programs like Law and Order SVU and Ugly Betty tackling topics like malaria, child soldiers and human trafficking.

Humpty Dumpty’s newest initiative seeks to improve child nutrition in the United States and elsewhere through "Breakfast at School", a program that provides free breakfast to school children in partnership with various state governments.

GOALS of the Humpty Dumpty Institute

Where We Work | Who We Work With

Here is a sample of what Humpty Dumpty Institute has accomplished: 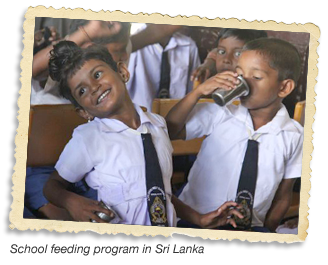