Our Commitment to Animals 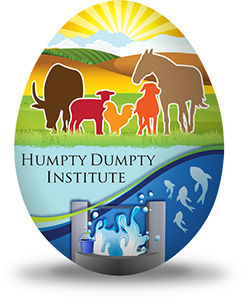 The Humpty Dumpty Institute has a long history of working to protect the health and well-being of animals around the world. The Humpty Dumpty Institute works closely with shelter and rescue organizations to help provide food, safe environments and loving homes to at-risk cats and dogs. We also work with conservation programs that bring resources, such as clean water, for people and animals in developing nations. Through our partnership with our sponsor, Chicken Soup for the Soul, we have helped provide tens of thousands of pounds of food, as well as financial support, for many pet-related charitable initiatives across the United States.

The Humpty Dumpty Institute has also worked closely for many years with the Washington, D.C.–based organization, The Marshal Legacy Institute. The Marshall Legacy Institute provides and trains dogs to sniff out landmines around the world and assist demining experts in mine clearance operations in Asia and Africa. No dogs have been killed or injured in this significant life-saving work, which is overseen by the Humane Society. 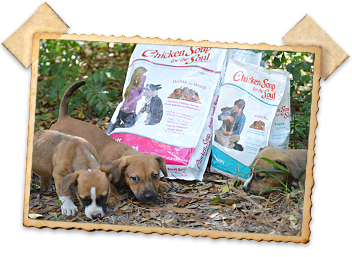 Feed a Pet in Need

An initiative of the Humpty Dumpty Institute

A portion of all proceeds from the sale of Chicken Soup for the Soul pet food goes to The Humpty Dumpty Institute to help support organizations that feed and care for animals in shelters or in crisis. Donations also go to support programs to provide service animals for those who need them and to sponsor important programs, such as the American Humane Association’s Hero Dog Awards. 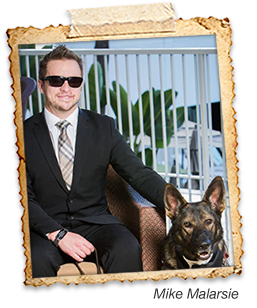 In July 2014, through our sponsor Chicken Soup for the Soul, we partnered with the Animal Foundation in Las Vegas to promote the adoption of sheltered dogs and cats. Everyone who adopted a dog or cat in late July and August went home with not only a new family member, but also with a copy of one of Chicken Soup for the Soul’s bestselling dog or cat books. We also helped raise awareness about the Animal Foundation and pet adoption through television appearances, newspaper interviews, and online columns. The program was so successful that every single cat in the shelter was adopted in one week—all 255 of them—as well as many needy dogs.

Since then, we've worked with Chicken Soup for the Soul in taking the same program to other shelters in Los Angeles, San Francisco, Fresno, Stockton and San Diego. The Humpty Dumpty Institute and Chicken Soup for the Soul gave away 60,000 pounds of dog and cat food, feeding animals in the shelters as well as sending each adoptive family home with a big bag of dog or cat food for their new family member. 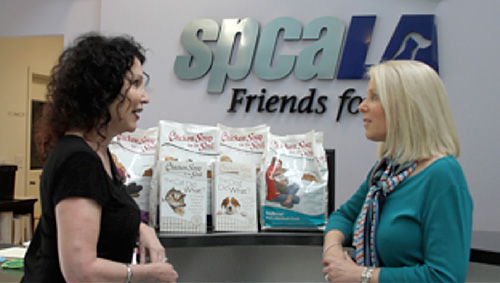