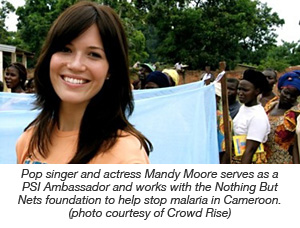 I did a Google search on the history of malaria. It’s the disease that kept European explorers at bay on the coasts of Africa, delayed the opening of the Panama Canal and became a key component of President Franklin D. Roosevelt’s effort to stimulate economic development in the American South.

For 3.3 billion people around the world, malaria is more than a historical reference. It is a daily reality that kills one child every 45 seconds in sub-Saharan Africa.

Recently, I traveled to Cameroon with D.C.-based global health organization, Population Services International (PSI) for which I am an ambassador, and with the U.N. Foundation’s Nothing But Nets campaign. I was traveling with a bipartisan delegation of Congressional staffers to learn about the Cameroonian government’s upcoming campaign to distribute insecticide-treated mosquito nets across the entire country — no easy feat. 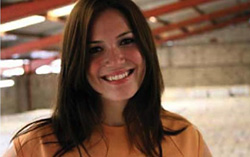 I have traveled to Southern Sudan and the Central African Republic to help distribute nets and raise awareness, but this trip was different. It provided a look at the engine that powers a nationwide net distribution — partnership. The Cameroonian government is actively working with companies, civil society, hospitals and clinics, individuals and donors like The Global Fund – which is making this distribution possible – to pull this off.

I met people from all levels of society, each critical in executing this historic feat. Andre Mama Fouda, the Minister of Public Health, is rallying his team of national experts to ensure that nets reach those who need them most. Atangana Manga, a community health worker in the village of Ebanga, volunteers every day to treat and protect his community from malaria. And Madame Ngono, a stoic and hardened grandmother, welcomed me into her mud home and told me of the benefit of using a net in her home. 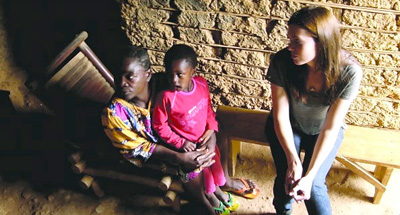 It was a deeply moving experience for me and for the entire delegation. And as I was there, I wondered why this work would matter to people back home, outside of the fact that America is a generous country and that it’s part of our DNA to provide assistance.

I wondered if one couldn’t buy into the humanitarian aspect of aid, what else might matter.

For one, the economy – ours, and theirs. America’s economic future rests in the strength of the economies in the developing world to buy our goods, use our technologies. Without the basic building block on health, the economic strength of countries like Cameroon don’t stand a chance.
And in such tense times, having the partnership and friendship of countries abroad helps us remain secure as a nation.

I think the less than 1% that the U.S. spends on foreign aid is a worthy investment.

Next time I Google malaria and Cameroon, I’d like to see that it’s no longer the leading cause of death. There’s still a funding gap and one of the things I’ve committed to do is to help fill that with PSI’s partner, Nothing But Nets. If you’ve got a few minutes and $10 to spare, please visit www.nothingbutnets.net to send a net and save a life.

Read this article at WashingtonLife.com.