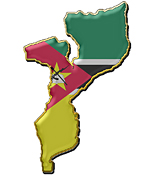 In 2004, The Humpty Dumpty Institute raised $250,000 for mine action in Mozambique. This amount included a $100,000 donation from SkyLink, a Canadian aviation firm, as well as matching funds from the U.S. State Department. The funds were donated to the Government of Mozambique and used for a six-week program that provided advanced mine clearance training to 60 deminers and 16 supervisors from the FADM. FADM deminers were trained in accordance with International Mine Action Standards and received the appropriate medical and field training. HDI's donation also allowed the FADM to purchase essential demining equipment and medical supplies.

Fifteen months after completing The Humpty Dumpty Institute-funded training program, the FADM demining unit cleared a total of 119,634 square meters, and found and destroyed 60 AP mines and 17 UXO without incident and in accordance with international standards.