(click on thumbnail for enlargement)
In 2005, The Humpty Dumpty Institute monetized 500MT of powdered milk through USDA's 416(b), raising $770,000 to clear landmines from major roadways in central Angola. The project was successfully completed in November 2005. 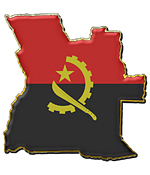